Cello lessons can be hold by “Skype” or “Zoom”.
For details and booking please send an email to 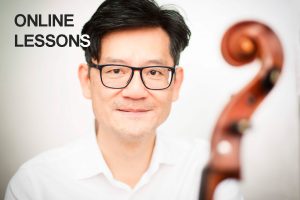